Pixelated STEM can be used as a basis for fluctuation electron microscopy (FEM) measurements. By analyzing the variance amongst a large set of electron diffraction patterns, the medium-range order present in highly disordered materials can be statistically assessed. Pixstem’s FEM functionality is based on the methods outlined in:

Briefly, the input data set consists of a series of 2-D nanobeam electron diffraction patterns which is used to determine several measures of structural variance. These measures are:

This example will use a test dataset that approximates a FEM-style signal. The dataset is a PixelatedSTEM signals that consists of a 10x10 array of electron diffraction patterns (100x100 pixels), each of which contain a central bright disk, two rings of varying, intensity, and Poissonian noise. The test data is loaded using pixstem.dummy_data.get_fem_signal().

Each calculated statistical measure is stored as an independent signal in the results dictionary and can easily be plotted for visual inspection. For example: 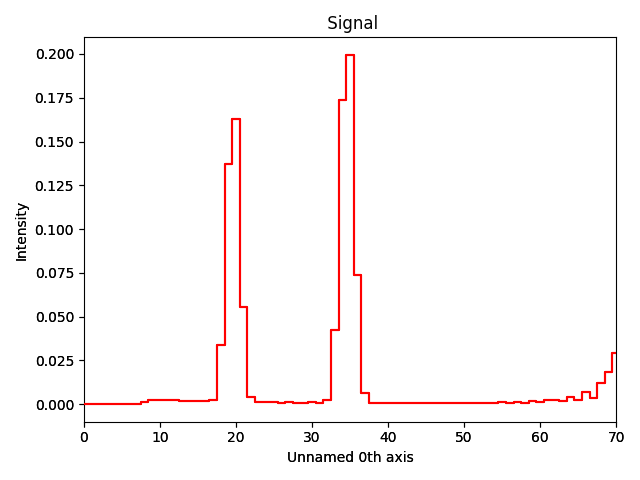 Alternatively, a plotting function: pixstem.fem_tools.plot_fem() is available to plot all calculated measures in a single Matplotlib figure. 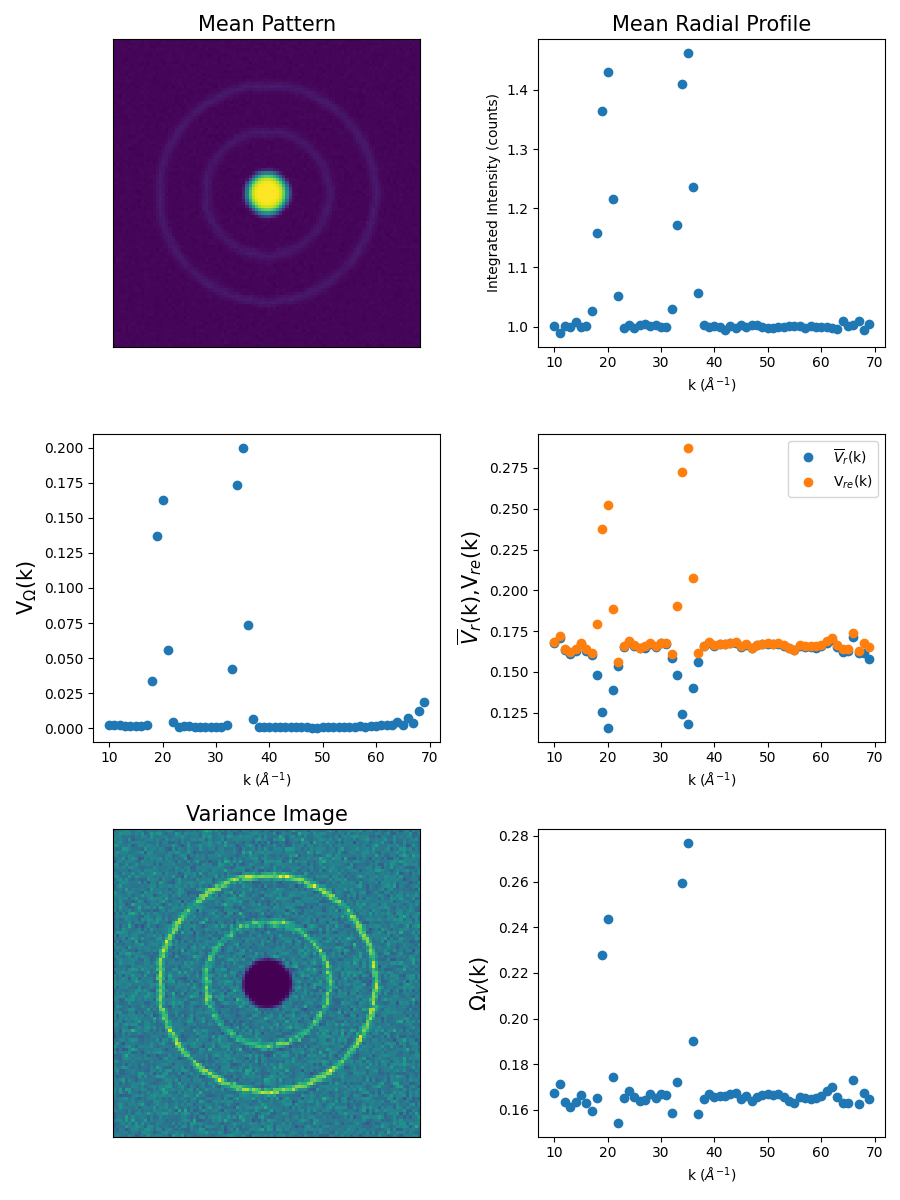 Storing and recalling the results¶

Since each of the calculated statistical measures is a distinct PixelatedSTEM signal, they can each be saved manually the same as any other signal.

For convenience, a dedicated function is also available: pixstem.fem_tools.save_fem(). This will create a separate folder and save all of the calculated measures in separate HDF5 files with a common root name.

The saved files can be read back into memory using pixstem.fem_tools.load_fem(). This will return a dictionary consisting of the previously saved signals.